With almost fifteen days in office, the new Minister of Agriculture and Livestock (MAG), Bernardo Manzano , continues to engage in dialogue with the different agricultural sectors. The Secretary of State indicated this Monday that his agenda included meetings with palm, sugarcane and rice growers. 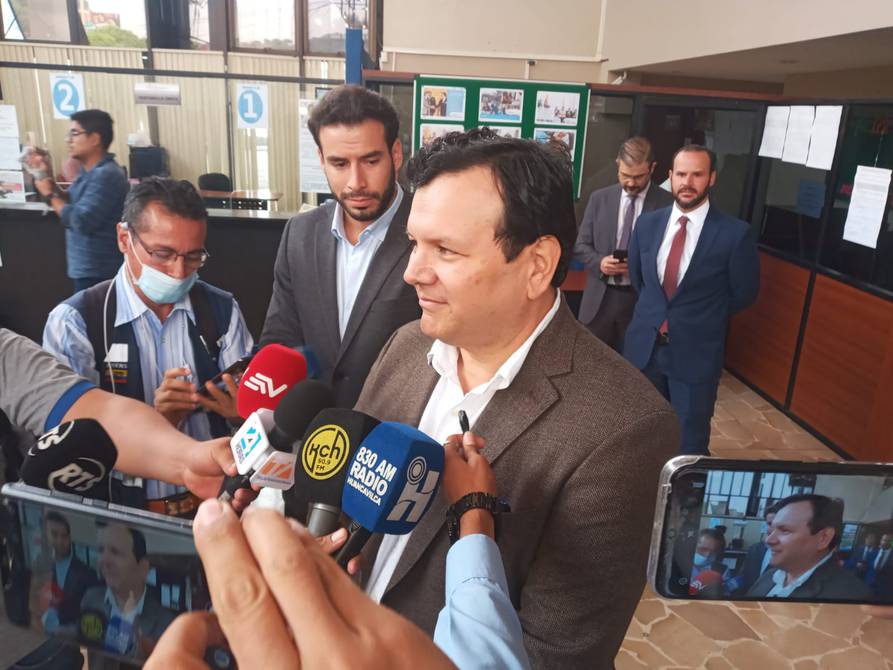 The Minister of Agriculture and Livestock, Bernardo Manzano, spoke with the media in Guayaquil before starting a meeting with the rice sector, on the morning of this Monday, May 16.

Palm growers, for example, announced last week that they will send Manzano a report on the current situation in the sector.

Óscar Calahorrano, executive president of Propalma , indicated that, in the dialogue with Minister Manzano, they will seek to outline productive initiatives that allow the recovery of production lost due to bud rot, a plague that affects palm plantations and has reduced production. the country’s national, which has gone from producing more than 604,000 tons of crude palm oil in 2017 to 380,000 this year.

“To make these objectives viable, financial support is required -through public banking- to producers, as well as the development of a program for the eradication of plantations affected by the plague and care of current crops,” explained the president. Propalma executive.

Meanwhile, from the rice sector there are also disagreements between producers and industrialists.

Meanwhile, the industrialists claim to feel uneasy with the increase of $2.50 per sack of paddy rice ordered by the MAG on April 5, when setting the new minimum support price for the sack of rice for the 2022 production cycle. at $34.50 for a 200-pound (90.72 kg) sack of long-grain paddy rice with 20% moisture and 5% impurities; and for the sack of short-grain paddy rice with the same specifications, it will be $32.50. The producers assure that the former do not respect the fixed price and ask for controls.

Regarding the banana sector, Manzano yesterday highlighted the measures that were made public on Sunday, May 14, such as a refinancing and debt restructuring plan for small banana growers and the prohibition of the registration of new plantation areas, among others. previously taken, such as the change of authorities.

“First is the dialogue, we began by putting in the ministry, in the Undersecretary of Musaceae, people they know, people from the countryside, transparent people who work, that was the first good sign, from there we have constantly met with the producers, first with the banana producers, to reach actions (…) beginning with the issue of debt refinancing. We are also going to go out and demand the support price of bananas, from the box; and this week we are also working to find more options”, Manzano advanced.

The minister refers to the talks with the Product Exchange to provide urea at a lower cost to the producing sector.

“An important issue of urea is coming, also that we are working with the private company, with the Product Exchange, to give cheaper options to farmers in general and above all also to banana growers,” revealed Manzano, who on the refinancing and new loans to farmers, he pointed out: “We have to follow up on this, because at this moment the house is finally in order, we have new finances; and from now on we can provide farmers with a better service through BanEcuador”.

Meanwhile, on the request of the banana growers to create a trust that facilitates the purchase of bunches by the Government from small and medium producers, Manzano revealed that this Friday, May 20, he will hold a meeting to give him the legal framework “and that this help for the producer.

Meanwhile, the dialogues will continue, assured Manzano, who announced that technical tables will be formed.

“Right now I am listening to them to analyze the situation, I know it because I have been in the field for 30 years, but I want to listen to them, and the next step will be to hold technical tables to be able to analyze the cost structure and see what things I I can help them to be more efficient and lower costs above all”, said the minister.

He also highlighted the commercial issue, which he described as a very important pillar within the ministry.

“We are looking for more Ecuador in the world in the commercial area, not only in the export part but also in the internal part, because the farmer, as he has perishable products, needs storage, refrigeration tanks so that he can sell his product, the idea it is to analyze the production chain in the commercial part and see how we are reducing it to remove the intermediaries and thus benefit the small farmer and also the consumer”, Manzano explained. (I)