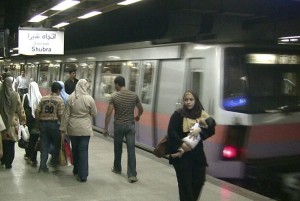 Cairo has been the victim of an attack this Wednesday on three subway stations, amid the suppression by the authorities against the Islamist opposition in Egypt.

Four small bombs have exploded leaving at least four people injured according to the police and rescue officials.

While in the Heliopolis district, a fifth device exploded outside a court building leaving at least one injured, as reported to Reuters the head of the Bomb Disposal Unit in Cairo, Major General Alaa Abdel Zaher.

Also, one of the explosive devices of a “very primary made” and “low power” has exploded during the rush hour in the subway station Ghamra, according to the Agency France Presse.