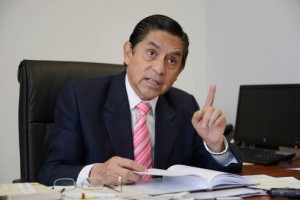 The Administrative Board of the Legislature (CAL for its Spanish acronym) will be responsible for determining whether the Law on Cooperation and Coordination between indigenous and ordinary justice systems should be subject to pre-legislative consultation before being approved on second debate.

The project, which will regulate the application of indigenous law passed its first discussion in the plenary of the Assembly.

“If the CAL or the Assembly decide that there must be a query, we will have to meet, socialize, publicize and do something similar to what was done with the water project,” he said.