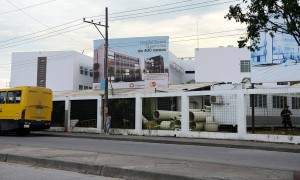 The State Comptroller visited the construction sites of the public hospitals “Monte Sinaí” and “Zofragua”, where they found irregularities.

The constructions were in charge of the Chinese company CAMC Engineering. This project was assigned by the Institute for Procurement of Works (“Instituto de Contratación de Obras (ICO)” in Spanish), which today, that organization is known as SERCOB. The entity assigned CAMC Engineering two contracts that summed 160,81 million dollars in profit. Juan Carlos Checa was the executive director of the entity in the year 2013, and he signed those contracts.

The auditors found in “Zofragua” that other companies were subcontracted such as “Cipor”, “Klare” and “Construdipro” who were in charge of different operations within the construction project. The Superintendence of Companies and the Internal Revenue Service have no records of two of the mentioned enterprises; meaning they are shell companies.

The Comptroller auditors found other errors in the hospitals, among them, that the blue prints lacked the proper responsability signatures and that they lacked the permits that must be provided by the Municipality of Guayaquil. (I)