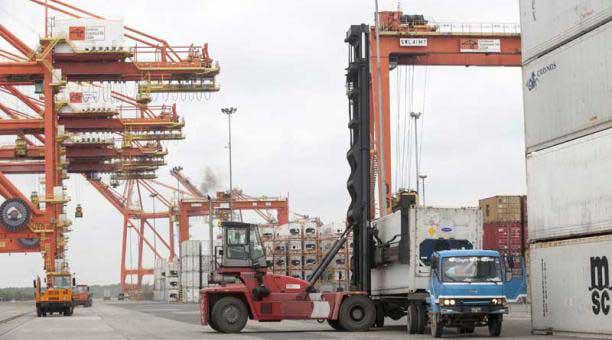 The General Secretariat of the Andean Community (CAN) qualified as a levy the customs control service fee created by the National Customs Service of Ecuador (Senae) and established a 10-day period for the Government to withdraw it.

This is stated in Resolution No. 1999, of April 20, 2018, signed by the Secretary General of the CAN, Walker San Miguel. The process of reviewing the rate started after the claims presented by the governments of Colombia and Peru earlier this year.

According to the agreement of the CAN and the World Trade Organization (WTO), it is possible to establish a fee, but it must be a reflection of an approximate cost for a given service. The CAN determined that the rate created by the Senae did not comply with these conditions. It determined that the collection of the fee “does not correspond to a service effectively rendered to the importer; since it has been shown that customs control is not a direct activity and only linked to import operations”.

The regional body, in addition, noted that Senae did not demonstrate that it has “implemented services in order to facilitate import operations”, functions that would correspond to the creation of a customs fee. Therefore, it maintains that the rate of 10 cents constitutes a tax in accordance with the provisions of Article 73 of the Cartagena Agreement, which affects the importation of products originating in the territory of the member countries of the CAN.

According to the entity, this violates the Community Liberation Program established in said agreement. This international process against Ecuador was carried out after the government of Peru made a formal complaint about the resolution of Senae before the Community on January 11.

Then the Ministry of Commerce, Industry and Tourism of Colombia also asked the CAN General Secretariat to classify the customs service tax as a levy. The Chamber of Commerce of Quito (CCQ) reacted to the term that the Andean Community gave to the Ecuadorian Government. In a statement on the afternoon of Monday, April 23, 2018, the CCQ “applauds the decision of the General Secretariat of the Andean Community.”

Here is the full content of the CCQ statement:

“As we said from the beginning, the customs tax imposed by Customs was nothing more than a camouflaged tax. It was born with a clear intention of collecting. At the beginning it was tried to collect more than 500 MM for this rate, errors in its structure made the measure go back and its impact decreased to approximately 130 MM, “says Patricio Alarcón, president of the Chamber of Commerce of Quito, regarding Resolution 1999 of April 20 issued by the General Secretariat of the Andean Community of Nations (CAN).

The CAN resolved that the customs fee is a tax that violates the Liberation Program agreed between the partners of this block through the Cartagena Agreement and granted Ecuador a period of 10 working days to eliminate the customs duty to imports from its partners in the Andean Community (Bolivia, Colombia and Peru).

“Today the CAN gives us reason to what we have reported to the agency and also to national instances. This measure, apart from being technically ill-conceived, also brought us problems with our commercial partners, “Alarcón emphasized. It is important to note that the CAN Secretariat makes a presentation of the conclusions that are obtained as a result of the documents contributed to the file and of the examples analyzed by the Secretariat, which coincide fully with what the Federation of Chambers of Commerce of Ecuador has maintained.

Chamber of Commerce of Quito and other chambers, guilds and associations, these are: – The collection of the fee does not correspond to a service actually provided to the importer, since “it has been shown that customs control is not a direct activity and only linked to the import operations.”

Now Ecuador must comply with the provisions of the Secretariat and the provisions of Article 55 of Decision 425, for which reason it must withdraw the tax contained in Resolution No. SENAE-SENAE-2017-0001-RE (M) and its modifications within a period of ten working days counted from the publication of the decision of the Secretariat in the Official Gazette of the Cartagena Agreement.

The Chamber of Commerce of Quito applauds the decision of the General Secretariat of the Andean Community, which has shown consistency and coherence with previous decisions adopted in similar cases. Legal security is an essential element for free trade, the promotion of foreign investment and, in general, for the economic growth of our country.

The National Federation of Chambers of Commerce of Ecuador initiated a demand in February 2018 in Ecuador for the rate to be declared illegal and be revoked. The process is currently in the hands of the Specialized Chamber of Contentious Matters of the National Court of Justice. (I)

There are no signatures for all political organizations