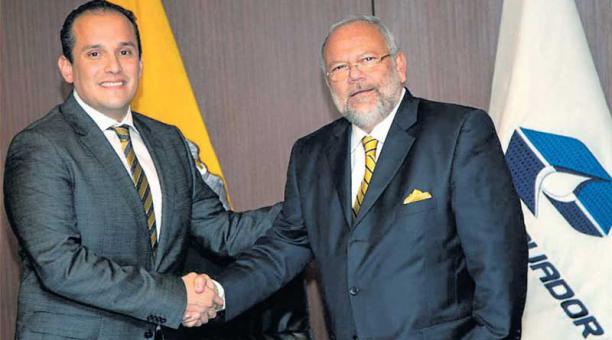 Carlos Pareja Yannuzzelli opened a checking account in a Panamanian bank to protect his money from tax increases in Ecuador. On May 8, 2013, Pareja, then Petroecuador Manager of Refining, met in the Capital Bank with consultant Julie Palacios.

In that meeting, he explained the reasons for the opening of the account of Capaya S.A., an “offshore” company that bears his initials. This company, incorporated on February 20, 2013, in Panama with a registered capital of USD 10 000, was linked in the trial for alleged bribery and for which Pareja is a fugitive. The two motivations to open the account were that he would undertake a real estate business in Ecuador and Panama and that he sought to protect his savings from the constant increasing taxes in the country.

“The client refers to the need to take his money out of the Ecuadorian system because the government continuously raises the taxes and he is requested a greater contribution in accordance with his wage,” said the consultant in the report made after the visit of Pareja and to ensure the due diligence process of the Capital Bank. This three-page document is part of the International Criminal Assistance of Panama, found in the public fiscal record. In the interview with the bank consultant, the former official justified the alleged legal origin of funds from the Capaya account, as these were originated from his savings, his salary, and consultancies. His salary at that time amounted to USD 5,800; while he earned USD 4,000 monthly for consulting services.

Shrimp producing countries in the region, in a workshop