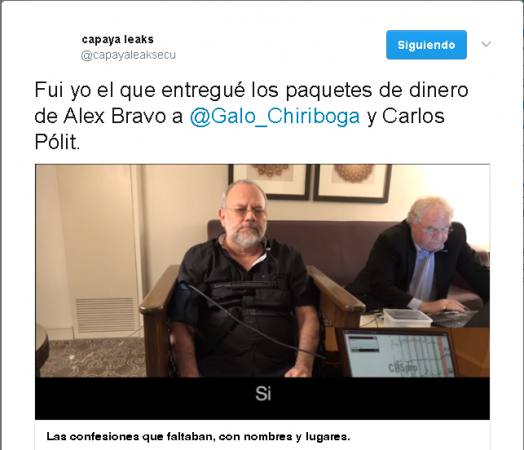 Pareja confesses that he was the one that allegedly gave packages full of money to the Nation´s General Prosecutor, Galo Chiriboga, and the State´s General Comptroller, Carols Pólit, recently reelected in the same position.

A 2 minute and 12 seconds video is attached to the text. There, Pareja appears connected to his lie detector, while an American expert polygrapher asks him if he was the one that delivered the contractors´ money to Pólit in a hotel in Quito, to which the former manager of Petroecuador answers with a yes.

In another clip, Carlos Pareja quotes bank account data. In this accounts, millionaire transfers would have been made.