Carlos Polit: “There is a complete and profound mistake” 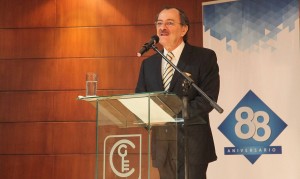 Comptroller General Carlos Polit, insisted yesterday that a modern and effective control of public resources would be weaken” with the constitutional amendment that removes the “achievement of the objectives of the institutions of the state,” which was discussed yesterday at the National Assembly, together with 14 changes to the constitution.

During an act of accountability chaired yesterday by the Comptroller, for the purpose of the anniversary of creation of the institution, he reiterated that this change “would alter the powers of the Comptroller´s Office.”

He described the amendment as “technically infeasible” and said “it would express an incomprehensible contradiction with the environment.”

Government majority debates amendments in the Assembly, the opposition claims on the streets