Case Balda: Correa does not want to face it 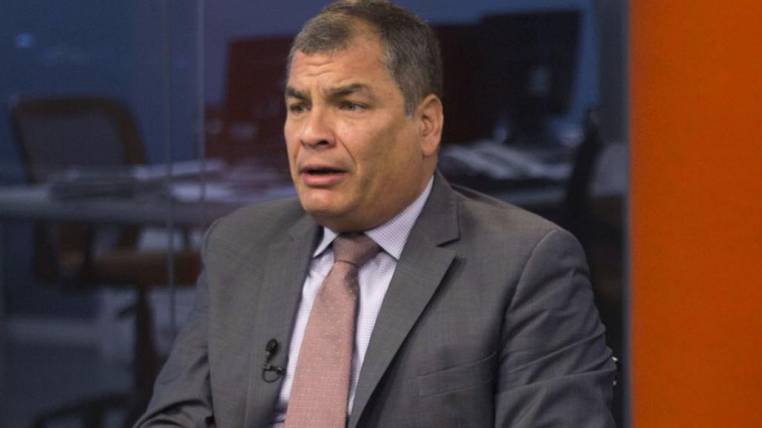 Rafael Correa analyzes the possibility of not facing the Ecuadorian justice. On Monday, Judge Daniella Camacho linked him to the Balda case with the charges of conspiracy and kidnapping and imposed, as a precautionary measure, the obligation to appear every two weeks in the National Court. In response, the former president spoke yesterday of seeking political asylum in Belgium, “although it is not yet the final.” That would put him safely to the judges and safe from his lawyer, Caupolican Ochoa, who has already lost a trial for him and, so far in the Balda case, has moved his chips very badly.

Correa is in Madrid, where yesterday he gave a lecture on the situation in Latin America and enjoyed a public like those he prefers: little aware. “I did not know if today I was going to be free to be able to come here,” he began, even though pretrial detention was definitely ruled out. He added: “They want me to go there to not let me leave.”

While the former president decides whether or not to ask for asylum in Belgium, the judicial proceedings in the Balda case continue today, with the receipt of testimony from Raúl Chicaiza and Diana Falcón, two of the agents who participated in the kidnapping. Precisely one of the key evidence of the Prosecutor’s Office is the letters that Chicaiza wrote to Rafael Correa, in which he speaks openly about the operation. According to the former president said yesterday, these tests are false: “They are forging evidence to try to incriminate me because they had absolutely nothing.”

The truth is that the testimonies of the agents can complicate Correa, and Caupolicán Ochoa does not look very prepared to face them. The jurist of parchment style rhetoric, which failed with the demand that the former president put the journalist Martin Pallares, this week made a mistake of bulk: revealed his defense strategy and was exposed to the particular accusation of Balda.

On Monday, at the former president’s liaison hearing, Ochoa talked more about the account. He, it is supposed, should limit himself to comment on the precautionary measures requested by the prosecutor, Paúl Pérez. Instead, he advanced his defense arguments before the elements of conviction presented by the Office of the Prosecutor. If Correa, instead of asking for asylum, accepts the precautionary measures and the process follows its normal course, the accusing party already knows what to expect.

Ochoa’s strategy is based on two props. On the one hand, he will argue about the alleged vices of the procedure: because the prosecutor has not yet been taken over by the Assembly; because the Assembly did not rule on the authorization request of the judge to link Correa; because the kidnapping was already tried in Colombia. On the other hand, the lawyer will affirm the thesis of the implausibility of the testimonies and will try to reduce everything to a matter of conflicting versions: it is the word of Correa against that of his accusers. However, they do not exist, as the former president made clear in Madrid, proof of the falsification of evidence.

Yesterday, in Madrid, Rafael Correa rejected the precautionary measures imposed by Judge Daniella Camacho. “They gave me an impossible condition to fulfill,” he said, “and they will use that I failed to comply with the precautionary measure and then they will put me in preventive detention.” He also affirmed that the objective is to “break” it socially, economically and familiarly. (I)