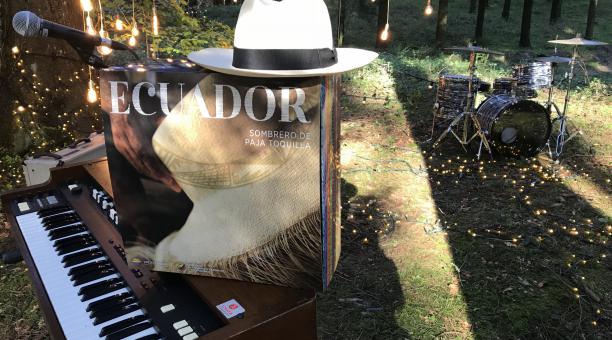 The “toquilla” straw hat is an icon in the recent videoclip of the musical group La Oreja de Van Gogh, in its last song called Esa Chica.

According to the commercial office of Pro Ecuador in Spanish territory, the musical group originally from San Sebastian, Spain, was designated as ambassador of this outstanding product of the country, whose confection was cataloged as Intangible Cultural Heritage of Humanity by Unesco.

In audiovisual production, which was released on June 8, 2018 worldwide, it includes a shot of this accessory woven exclusively in the town of Pile, with raw material obtained from Montecristi, both destinations located in Manabí, a province considered as the cradle of the finest straw hats of the world, due to its natural finishes and its 100% handmade fabric.

With the release of the video clip, the band closed their American tour, being their seventh show that the group brought to the American continent. 59 concerts have been held between 2017 and 2018, in countries such as Ecuador, Mexico, Puerto Rico, Dominican Republic, Peru, Chile, Argentina, Uruguay, Costa Rica, Nicaragua, El Salvador, Guatemala, Colombia and the United States.

“Esa chica” (That Girl) is part of the album ‘The Imaginary Planet’, disc that became one of the most anticipated musical returns of recent years, due to its luminous, optimistic and innovative nuance, with the unmistakable style of the Iberian group that led the lists of sales in Spain. (E)

More than 2,000 four-legged ‘citizens’ were legalized

Antonio Ledezma: “We come to ask for Ecuador’s help”