According to the Law on Jurisdictional Guarantees and Constitutional Control in force, the Constitutional Court (CC) may file a draft constitutional amendments in about 45 days, in this case, the draft amendment of 17 proposals submitted last Thursday by the block of Alianza PAIS, of the National Assembly.

For the changes to be considered as “amendments” and not “reforms,” the CC must confirm that there is no restriction of rights or warranties, or an affection to the basic structure of the state, or in the character or constituent elements of the draft, or if it modifies the process of constitutional reform.

According to opposition Assemblyman Luis Fernando Torres (PSC-Cambio), issues such as indefinite reelection, communication as a public service and protection action do affect the constituent elements of the state, they restrict a right and a warranty and should be a reason to perform a referendum in the first case and in the latter two cases, a Constituent Assembly. 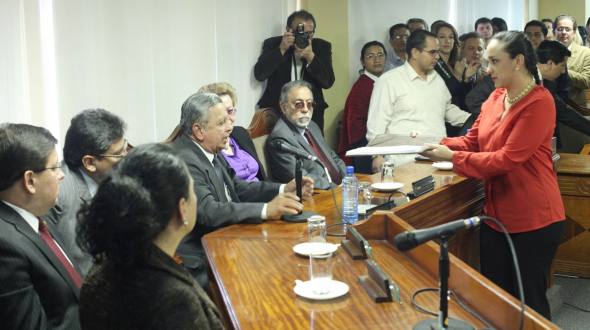 Last Thursday the Alianza PAIS block delivered the draft amendments to the CC.