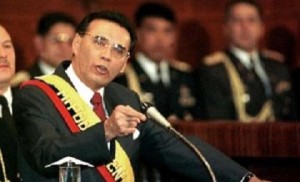 The Constitutional Court (CC) refused to order the protective action requested by the defense of former President Jamil Mahuad.

Mahuad was sentenced to twelve years in prison for embezzlement, by declaring a bank holiday in 1999.

The requested resource would not have complied with the formal requirements, therefore, the chamber refused it.

Patricio Vivanco, Mahuad lawyer, said: “The appeal was made in relation to the objection that was made to the judge of the National Court of Justice Ximena Veintemilla, so she is inhibited from hearing the case. But this takes on accomplished facts, which shows that there is no independence of  the justice”.