Cell of the Sinaloa Cartel Disbanded in Guayaquil 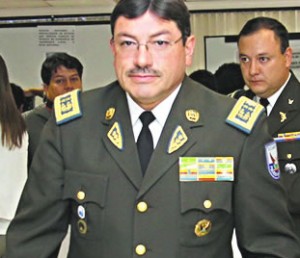 In a rice warehouse located in Mapasingue, a neighborhood located in the north of Guayaquil, three men were arrested when the police discovered that they were part of an international drug traffic operation. The information obtained will be traded with the Office of Special Investigations on Organized Crime and the Mexican Federal Police.

During the operation the police managed to apprehend Chapo Guzman, one of the most powerful drug lords of Mexico. Chapo worked along side his father-in-law, Victor Manuel Felix, to organize a drug organization in Guadalajara. In Ecuador the cell of the cartel had to buy and export the cocaine to deliver it to Mexico.

The police seized four tons of cocaine in the Mapasingue warehouse; such merchandise is priced in $167 millions. Director of Police Operations, general Rodrigo Suarez, informed that the presence of the Sinaloa Cartel in Ecuador began to be heard in 2003.

Demonstrators in Syria are Being Shot