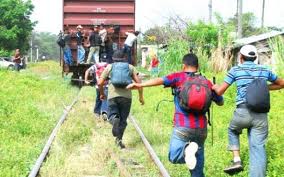 The Ministers of Foreign Affairs of Honduras, El Salvador and Guatemela presented yesterday to American authorities a plan that includes proposals to promote the economic growth in poor countries and stem the flow of migration to the United States.

“The plan of the Alliance for Prosperity in the Northern Triangle” develops projects to promote employment and proposals to strengthen the weak judicial institutions, according to an official of the State Department in the United States.

“(The) plan seeks to focus on efforts in the origin communities of the migrant population, to help create better conditions (…) and discourage irregular migration which puts their lives and safety at risk,” said Hugo Martinez, Minister of Foreign Affairs of El Salvador, in a statement.