The Foreign Minister of the Republic, José Valencia , demanded that his Cuban counterpart, Bruno Rodríguez, “not intervene in the internal affairs of Ecuador”, after a comment once the judges of the National Court of Justice declared the former president guilty of bribery. Rafael Correa . 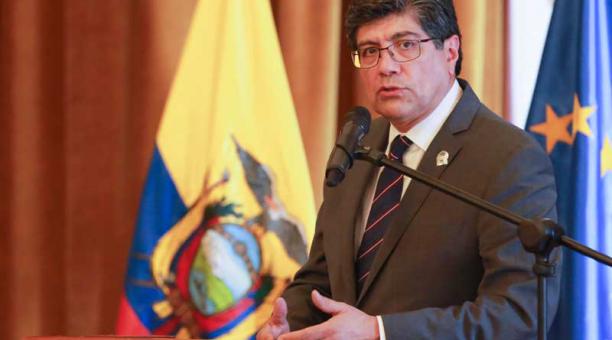 “We demand that you not intervene in Ecuador’s internal affairs, Foreign Minister Bruno Rodríguez . In addition, for your information, corruption has no ideology, ”said the Head of Ecuadorian Diplomacy , in a message broadcast on his Twitter account on the night of Wednesday, April 8, 2020.

Last Tuesday, the Cuban Foreign Minister, also through Twitter, referred to the eight-year prison sentence for former President Rafael Correa, in the bribery trial in the Sobornos case. Rodríguez said that he rejected “the politically motivated judicial processes against leftist leaders that take place in our America.”

In the Valencia response, the Ecuadorian Foreign Minister assures that the National Court of Justice “sentenced 10 individuals as guilty of illegally obtaining $ 7 million , and 8 businessmen for paying the bribes.”

Ecuador maintains diplomatic relations with Cuba , the ambassador is Patricio Carrión . While the ambassador of the Caribbean country in Quito is Rafael Dausá Céspedes.

Bribes ends an era of arrogance and corruption