Charlie Sheen Talking with Two and a Half Men 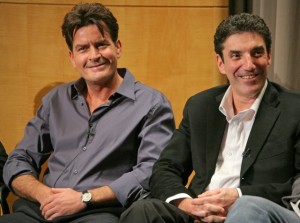 NBC’s Jeff Rossen reported through his twitter account that a close source to Sheen informed that two weeks after Charlie was fired from the show. The $2 million an episode man could get his job back on the biggest sitcom on television.

Rossen informed that the CBS has offered Charlie Sheen his former job, but the negotiations are still ongoing and it is not a done deal. However, the rumors that CBS wants Charlie Sheen back are real after seeing how popular his tour has become. The restlessness of the CBS grew when Fox began talks about a late-night show with Sheen.

Sources from the web suggest that there is 80% chance that Sheen could be back. This could be a serious turn of events for Sheen, because since the last month he has been at a legal war with the creator Chuck Lorre. (AV)