Chávez Disputes Power with the Opposition

Hugo Chávez Political Party won the Parliament Elections on Sunday after obtaining 94 Assembly members from a total of 165. The president will share the control with the opposing party, since it obtained over a third of the seats with a 52% of votes.

The “Consejo Nacional Electoral (CNE)” gave the incomplete results in which the “Partido Socialista Unido de Venezuela (PSUV)” would have at least 94 members, while the opposition has at least 60 and the “Partido de Izquierda Patria Para Todos (PPT)” with 2.

Chávez didn’t obtain the two-thirds of the seats he needed to achieve his socialist project this also hinders his presidential elections for 2012, since he wants to win for the third time for a period of six years.

If the PSUV obtained the 110-assembly member it could approve the organic laws and make a National Constitution Assembly. On Twitter Chávez stated: “My dear compatriots this has been a long day and we have obtained a solid victory. Enough to continue with the Bolivarian Socialism and Democracy, we must continue strengthening the Revolution!”

The CNE didn’t gave the total votes achieved by each Political Party, this could mean a serious setback for the Venezuelan President, since it could mean that Chávez popularity is declining. On this moment with a controversial law approved months ago is in jeopardy since the opposition can win with votes but lose its numbers on the Assembly seats thus creating an unknown situation in the country.

This law establishes that the less populated sectors, in which Chávez is most popular, are to be represented in the Parliament with the most numbers, but now the 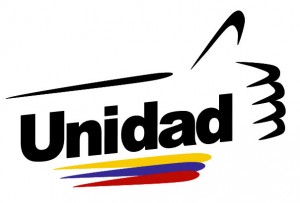 opposition rules them. “We must celebrate civically and with joy, however this doesn’t mean we’re going to stop from claiming what’s fair, we got the 52% of the votes”, remarked Ramon Guillermo Aveledo, spokesman of the opposition of “Mesa de la Unidad Democrática (MUD).”

Since 2005, 150 Assembly members close to the president controlled the National Assembly because none the opposition showed for the legislative elections. After 5 years MUD left their differences aside with the sole purpose to stop Chávez.

The report of the CNE states that the participation on the Elections was of 66,45%, this favours the political opposition of the Government. The opposition officially imposed on the Estates of Anzuátegu, Zulia, Táchira and Nueva Esparta, settlements that are not friends with current administration. Meanwhile the PSUV won in the Estates of Barinas, Lara, Distrito Capital and more.

The growing violence, lack of jobs and houses, and the attacks on private property are a way of the opposition to stop Chávez Political Party. However the CNE has yet to determine if the PSUV will obtain the 99 Assembly members needed to give the president absolute control over the Parliament.