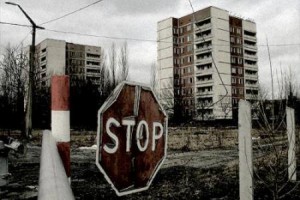 Starting on 2011, Ukraine plans to open a zone near the reactor of Chernobyl to those visitors who want to know more regarding the nuclear tragedy that occurred in April 26 of 1986. The Ministry of Emergency Situations of the country made the statement.

When the reactor number four of Chernobyl exploded, it liberated a lot of radiation on the greater zone on the North of Europe. Thousands of civilians were evacuated from the contaminated areas from Ukraine, Russia, and Belarus. However the problems related to health and radiation still persist.

The so-called exclusion zone, an area of 48 kilometers around the reactor number four was evacuated and cordoned off after the disaster. All the visits where prohibited. In the present time over 2,500 employees maintain what is left on the closed nuclear plant, working on shifts to minimize the radiation exposition. However hundreds of evacuated have returned to their homes ignoring the prohibition of the government.  However some companies offer tourist routes to restricted areas, but the government states that those visits are illegal and their safety is not guaranteed.

Yulia Yershova, representative of the Ministry of Emergency Situations said that the experts are developing travel routes that are medically safe and informative. But she did not offer a specific date on when are the visits going to be allowed.

Yershova also revealed that by the year 2015 the construction of a new structure for protection of the reactor number four would cover the original structure that still has radiation leaks, and weak debris that are a threat.

Russia and Europe Connected by the New High-Speed Train

Assange Has to Pay a Bail