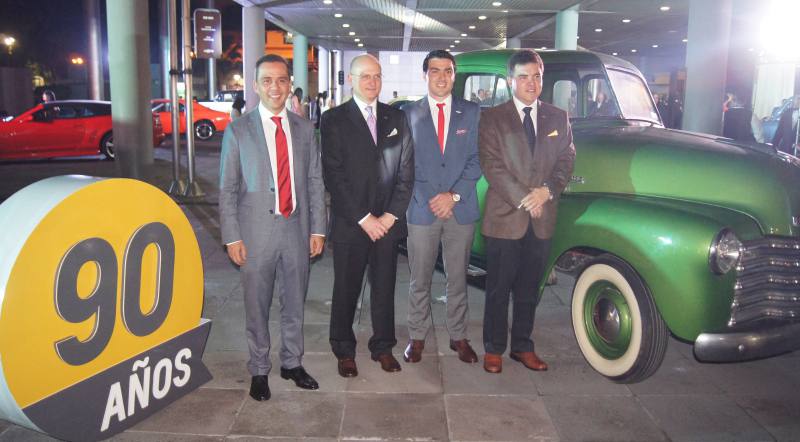 The Chevrolet brand will invest about $ 100 million for new products in the next five years in the country, this will involve the creation of production lines at its plant and the launch in 2017 of new vehicles assembled in the country (an 80% is currently assembled and a 20% is imported).
The announcement was made Tuesday night by Luis Enrique Landinez, CEO of General Motors OBB of Ecuador, during the celebration of the 90th anniversary of the brand in the Rodolfo Baquerizo square, in Guayaquil. The company chose the local port because there, in 1926, its first car entered in Ecuador. Furthermore, in Guayaquil, Chevrolet has the highest market share of the country, with a 51%, Landinez said.
Chevrolet executives, including the CEO of General Motors in South America, Barry Engle, participated earlier in a press conference. There, Landinez said that despite the economic scenario, the most difficult part, ie the first quarter, is over and a recovery begins.