Chevron must pay $ 9,500 million for environmental damage in Ecuador 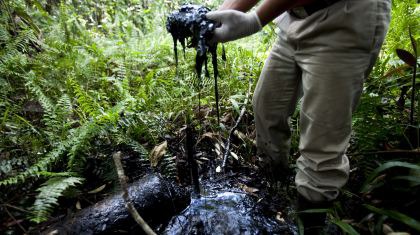 The Minister of Environment Lorena Tapia said yesterday, July 30, that the oil company Chevron is condemned to grant $ 9,500 million for environmental damage in 5 million cubic meters of land in Ecuador.

“We talk about a lot of territory, two provinces, Orellana and Sucumbios, which are affected,” said the official.

She also noted that Ecuador currently quantifies the environmental effects caused by Texaco, acquired by Chevron in 2001, whichoperated in the Amazon rainforest between 1964 and 1990.

For his part, the Ecuadorian Foreign Minister Ricardo Patiño said that the company opened 1,000 pools and pits in which deposited 64 million liters of crude oil and 71 million liters of waste without caring to avoid contamination.

He added that Chevron has not fulfilled the commitment of cleaning up 264 waste pools.

The Only Water Authority will have three responsable entities