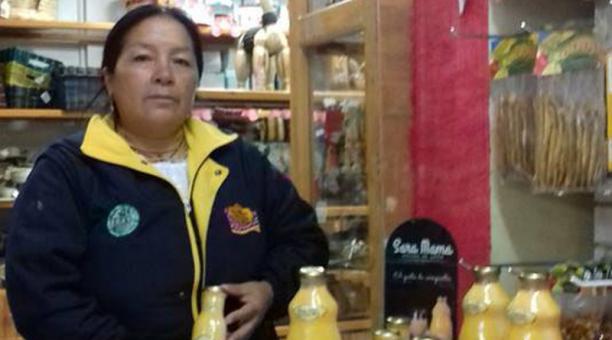 The “chicha de jora”, a traditional drink from Cotacachi (Imbabura) conquers the national market. The packaged soft drink, under the brand name Saramama (Maíz Madre, in Spanish), can be found at the Camari Store, in Quito, from February 6, 2018.

That day the official presentation of this product was made in the capital. Chicha is an undertaking of the Central Committee of Women of the Union of Campesino and Indigenous Organizations of Cotacachi.

The drink was tasted before only in the houses. The bottle of yellow label represents an ear of corn, which is the main ingredient with which this nectar is made. It also carries water and brown sugar.

One of the objectives of this endeavor is the strengthening of an economic alternative for 70 women who integrate the production units and who provide corn, which is the main raw material of this product.

Each bottle is packaged in a processing plant, installed in the Cotacachi canton. There two production lines are developed. The first one is malted and allows the flour to be obtained from the corn grains, after an artisan process of maceration and germination of the grain. The latter is called jora corn, which gives the name to the soda.

In the other line, which occupies the largest area, the malted flour is transformed into the traditional drink, which is sterilized for its preservation, for up to six months. (I)

Salinas, destination that catches you with sun, sea and adventure