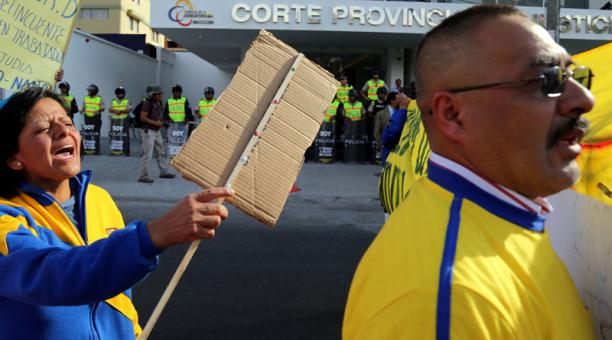 The 53 students arrested by the protests outside the Mejía High School will continue in remand. That was the decision of the First Children Division of the Provincial Court of Pichincha. Judge Ana Intriago was responsible for announcing the decision on the night of September 25. Her only argument was that “the detention was not unlawful nor arbitrary.”

At 16:10 of today began the audience of habeas corpus on behalf of 53 young students of the Mejía High School. They were arrested for supposedly having participated in the student protests of September 18.

The defense Lawyer of the defendants, Gonzalo Realpe, showed 25 forensic tests where apparently his clients were subjected to cruel and degrading treatment after the arrest. He requested the immediate release of the students, who according to the police, were arrested inside and around theMejía High School.