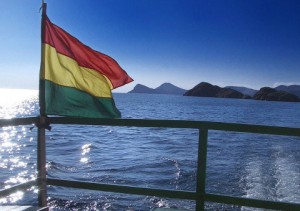 The Chilean Foreign Ministry described as an “unacceptable interference,” the support expressed during the last summit of the ALBA on the demand of a sovereign maritime access that Bolivia submitted to the International Court of Justice in The Hague (ICJ).

“It remains remarkable that a political forum, of which Chile is not part of, rules on a situation of pending resolution in the superior judicial body of the United Nations,” said a statement from the Chilean Foreign Ministry released yesterday.

“This is an unacceptable intrusion, that Chile strongly rejects,” the text concluded.

In the final declaration of the XIII Summit of the Bolivarian Alliance for the Peoples of Our America (ALBA for its Spanish acronym), of which Bolivia is a member, it was expressed its “solidarity with the fair claim of Bolivia on its right to sovereign sea access.”

The Chilean Foreign Ministry said: “The Government of Chile deeply regrets that some neighboring countries of Latin America and the Caribbean are unaware of the basic principles that govern the relations between states, including the non-intervention and respect for existing treaties.”