China and Iraq suffer price drop in the oil barrel 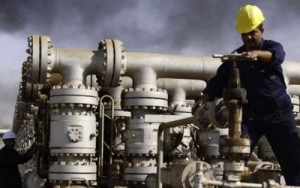 The price of oil debuted the week at a price of $ 1.02 lower, closing at $ 47.67 per barrel with China and Iraq behind the depreciation, which continue to hamper revenues of Ecuador.

The world’s largest consumer of energy, China, is facing a significant downward pressure on its economy, said the Prime Minister Li Keqiang. Economists expect that China report this week a slowdown of its growth to 7.2%, its lowest level since the last global economic crisis.

At the same time, the Iraqi Oil Minister Adel Abdel Mehdi said on Sunday that Iraq produced 4 million barrels of oil per day in December, its highest level due to the increasing pumping in its southern terminals and an increase in the northern supplies.