BREAKING NEWS
With a goal of $ 5 million in business expectations, the Ecuador Food Fair virtual fair started
Corn harvest continues amid pandemic
Companies cut working hours in half due to crisis in Ecuador
Petroecuador will make new sale of oil in the spot market
More than 10,000 entrepreneurs and SMEs are grouped together on digital platforms in Ecuador
Shrimp industry drives isolated growth in imports
Diana Atamaint, on the ropes
Film competition seeks to leave the memories of the pandemic
The hass avocado grown in Santa Elena will be exported to the European Union
Trade agreement with EFTA opens a market of 12.5 million inhabitants 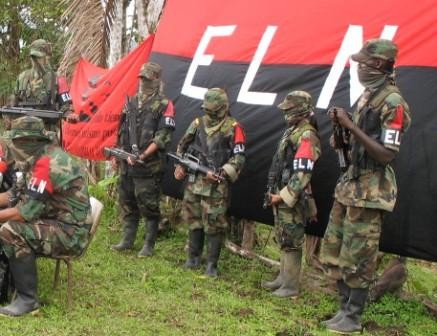 “It is urgent that the President (Juan Manuel Santos) declares a unilateral ceasefire and  cessation of hostilities, actions that the government and the state advance against the Colombian people,” wrote the National Liberation Army, in a statement published in the eln-voces.com website.

The second insurgent group in the country with about 2,500 fighters, according to official figures, made the request through a text entitled “positive anouncements for peace in Colombia,” which also highlighted the support Pope Francis gave to peace in the country .

“I encourage efforts to achieve a stable peace in Colombia,” said the religious leader. “These statements of Pope Francisco, deserve all the attention from us and stimulate the confidence to move in that titanic task of building the peace in Colombia,” added the text of the ELN.

Parallel to these preliminary talks with the guerrillas, the Colombian government anticipates peace talks with the Revolutionary Armed Forces of Colombia (FARC, communists), since November 2012 in Havana.