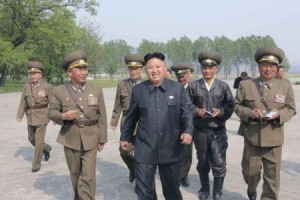 China has chosen different diplomatic channels to warn North Korea to not intend a fourth nuclear test, after this country renewed the threat of ‘countermeasures’ for what it considers as hostility from the United States.

China said that North Korea ‘Does not have a justification for a new nuclear test and should not do that’, said a diplomatic inform by Chinese authorities.

The most important diplomatic and economic ally for North Korea is China. Because of that, the United States has said it expects from China to use its influence to warn and help to avoid the performance If the nuclear test.

Sources said that China would have conveyed to Beijing and Pyongyang their concern about a new nuclear test.

Officials of the Ministry of Foreign Affairs of China asked in various occasions to both countries that they should make ” an exercise of restraint” to solve the problem.