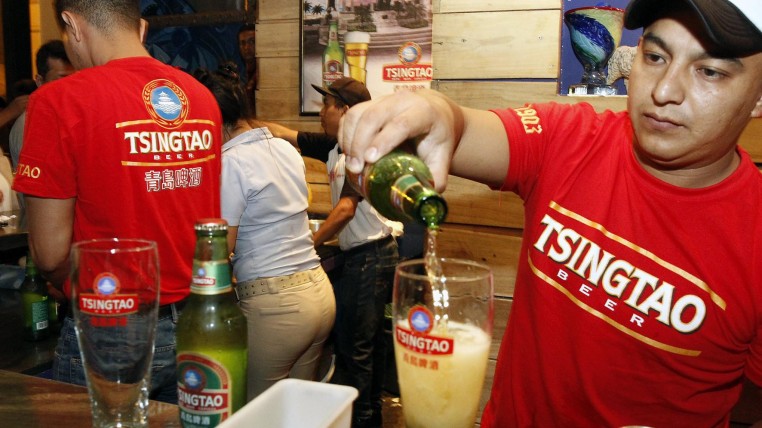 Tsingtao comes from China, it is made there since more than a century. According to elnuevoherald.com, in 2014 Tsingtao had a 17% of the Chinese market, in second place behind the Snow brand, which is partly owned by the multinational SABMiller.

It can be said then that Tsingtao is behind SABMiller, a company that merged with AmBev.

In Ecuador the SABMiller-Ambev “marriage” involved the sale of a plant, assets and brands, as demanded by the Superintendency of Control of Market Power.

With that background, we can say that the described alliance paved the way and the niche market in order that the Chinese beer reaches Ecuador.

It is precisely this fusion that will make the biggest investment. The global firm will inject $ 150 million over the next three years in market development and will help local suppliers of beer.

But Tsingtao arrived in the country with a firm step. The drink was presented yesterday in the Plaza Lagos shopping center, in Samborondon, to members of the Chinese Colony and and lovers of good beer.

In recent years several foreign beers have arrived in the country. In 2013 the Estrella Galicia Spanish brand arrived to the country. Last year Belgian beer Stella Artois promoted its limited edition in the country.

The truth is that the beer market in the country is diversified, there is something for everyone. There are American, European and even Chinese beers in Ecuador.

Ecuador will decrease until 2020, says the IMF