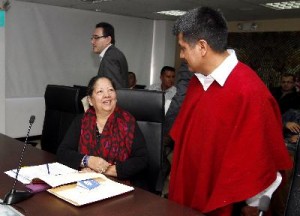 The plenary of the Citizen Participation Board was in session yesterday to discuss the adoption of the rules for the selection of future defenders of the audiences and readers, figure established in the Communications Law.

The discussion could not resolve all the regulations. The issues concerning requirements and prohibitions of future candidates took all day.

They also discussed about the level of education required. They mostly defended the idea of requiring a master´s degree in Social Sciences, but there were criticisms raised in the idea of not excluding graduates with valid experience and knowledge in the area.

The issue that generated the most heated discussion was the option that servers and authorities of senior level of the Superintendence of Communications and Regulatory Council to apply for the competitive examination. Finally, the majority rejected this possibility, arguing that it could cause eventual conflicts of interest.

The plenary of the Board is expected to resume the approval of the regulation on October 7.