Citizens and workers will march today in Quito 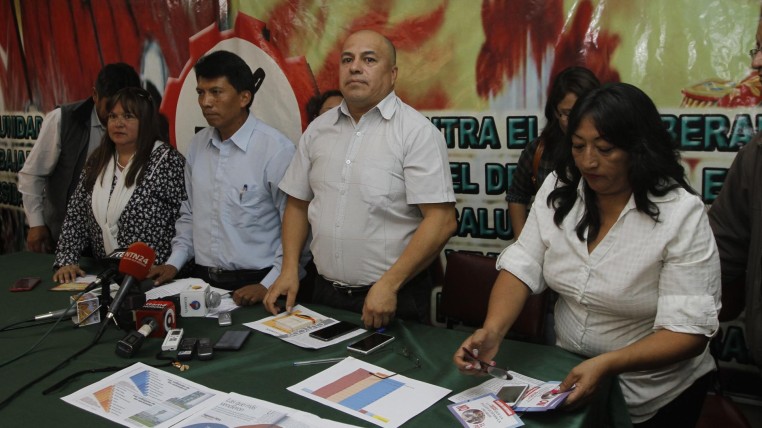 Workers organizations opposed to the government today called for a mobilization against public policies. As it is already a tradition, will concentrate in the Social Security headquarters, in north central _ Quito, from 16:00. They will march towards the Constitutional Court and the National Assembly.

The objective? They will – symbolically – shut down the two institutions. The announcement was made by Edwin Bedoya, president of the Ecuadorian Confederation of the Unitarian Class Organizations of Workers (CEDOCUT).

The reasons? The Court, as he recalled, has delayed the processing of several claims of unconstitutionality filed by workers. He cited, for example, actions against the constitutional amendments, the Law on Labor Justice and severance insurance reform.

Marches of workers and citizens persist