Since last Saturday thousands of urban sanitation workers in Rio de Janeiro are demanding better wages, compensation for the extra work of carnival and more support from the union.

The strike, which has lasted for five days, has transformed the Brazilian city into a stinking dump with tons of waste that accumulates in streets and downtown roads from the wealthiest sectors to the poorest districts of the city.

Following an agreement reached last Monday which raises the wages of the nearly 15,000 workers that clean the city by 9%, “the vast majority” of cleaners “showed up to work, but they could not do anything because strikers prevented them,” said the urban cleaning company Comlurb. 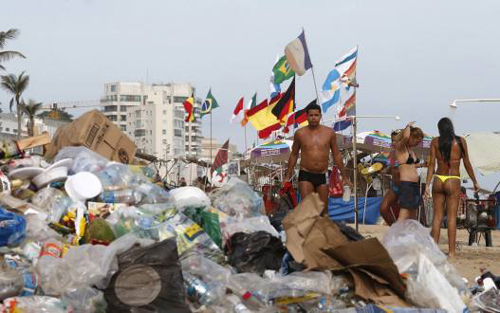