The National Electoral Council (CNE for its Spanish acronym) and Spanish company of services of automation elections Scytl, point to each other as responsible for the slowness of the election process of last February 23.

Domingo Paredes, head of the CNE, announced last Wednesday the unilateral termination of the contract amounting to $ 5.9 million, claiming that the vote counting system was delayed for more than 24 hours, time period in which the flow rate of ballot sheets fell from 1,500 to 120 per minute.

A few hours after the announcement of Paredes, Scytl replied firmly in seven pages, a detailed list of what went wrong. The company asserts that they even resolved some external incidents, “created by the lack of compliance with requirements for processes and infrastructure by the CNE.”

Among the key issues there are, responsibility of the Council, a delayed delivery of 40 ballot sheets for technical reasons, the use of methods to compile the results of the processing cards in certain boards, lack of training of personal of the intermediate counting boards, which caused a wrong processing of records out of the planned order, and the lack of information on the official lists of candidates to generate files in time. 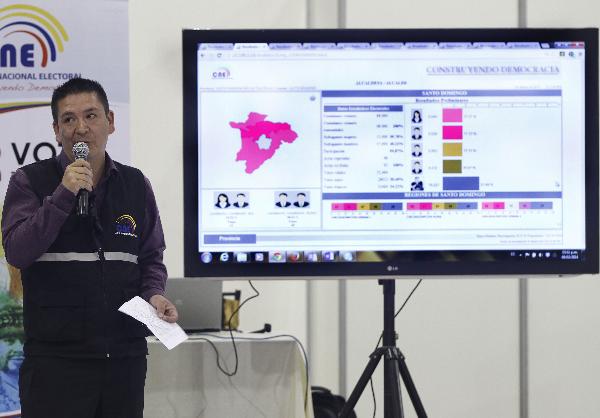 A simulacrum on the February Elections was carried out last February 9 in Quito using the Scytl system.