CNE and YASunidos continue to disagree

Since last Thursday, the activist group YASunidos and the National Electoral Council (CNE for its Spanish acronym), keep disagreements in the process of signature verification carried out in the old Army grocery store.

The dispute comes after activists insisted attending the review of the signatures submitted by them to call a referendum in which the people would decide whether or not to extract oil in the Yasuní National Park.

Meanwhile the CNE reported that the seers of the process are delegated of the Ombudsman and the Prosecution, and added that YASunidos had no accreditation because they did not participated in a mandatory training.

However, the entry of six members of YASunidos was allowed, but this did not materialize because they wanted to enter with cameras, which was not accepted by the electoral body. This afternoon leaders from YASunidos and CNE authorities agreed to sign a “document-commitment” that allows a group of environmentalists to join the observers. 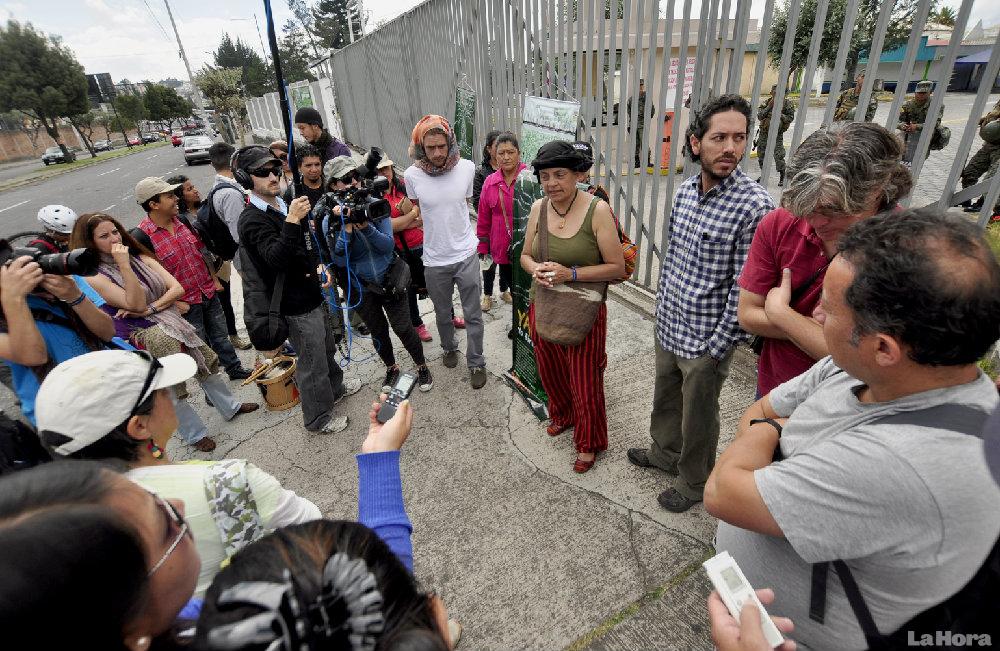 Members of YASunidos wait outside the Army’s former grocery store.