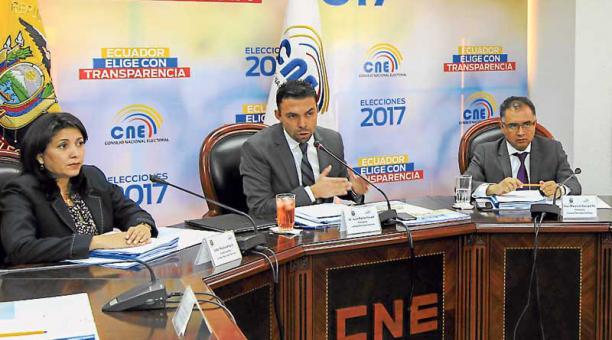 “Juntos Podemos” was the first political organization that got its advertising billboards retired by the National Electoral Council (CNE). This was done as an aplication of the reforms the Regulation for the Control of Propaganda or Advertising and Electoral Promotion, Campaign Expenditure Control. The regulations came into effect on August 26.

Cesar Rodriguez, leader of the group, said there were 12 billboards in Guayas, Santa Elena and Los Rios, where the name of the movement was promoted, the image of their leader: Paul Carrasco, and the message “Democracy yes, dictatorship no”.

The politician ensures that there is a contradiction in this sanction, because, being in the process of legalization, “Juntos Podemos” is authorized by the CNE to spread its political ideology.

In addition, he assures there are other political parties and movements that make permanent political campaigns, not only billboards but through other means and those have not been observed. Last week, during a meeting in Guayaquil, Juan Pablo Pozo, president of the CNE, said that the immediate withdrawal of the ads linked to pre-campaign was ordered. That is, the spreading propaganda for a person as a candidate before the election campaign.