The judges of the Family Chamber of the National Court of Justice (CNJ for its Spanish acronym), will process the habeas corpus seeking the release of Dr. Carlos Figueroa, sentenced to six months in prison for insulting the president Rafael Correa.

The petition was filed last Wednesday by Milton Castillo and Julio Cesar Sarango defenders of Figueroa, although sources from the CNJ said their resolution is uncertain, because according to the Law on Jurisdictional Guarantees, a judge of first level is responsible for processing a habeas corpus, ie, the Provincial Court.

According to Castillo, the Chamber that takes the appeal shall call a public hearing within 48 hours, with the presence of Figueroa. In addition, according to Sarango, the resource aims to prevent what they believe is an “illegal, arbitrary and unlawful” detention.

Sarango ensures that the judgment can not be executed because of the resolution from the Inter-American Commission on Human Rights (IACHR), which granted precautionary measures (suspension of judgment) in favor of his client, and for the former Assemblyman Clever Jimenez along with his former advisor Fernando Villavicencio, who were both sentenced to 18 months in prison for libel. 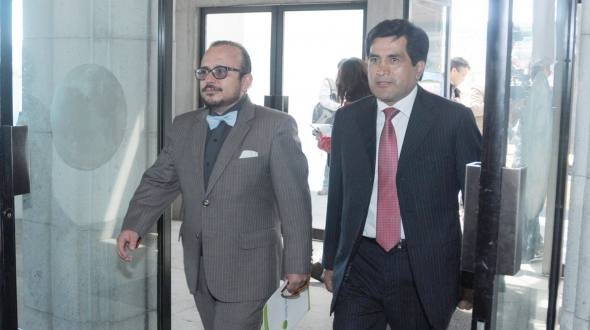