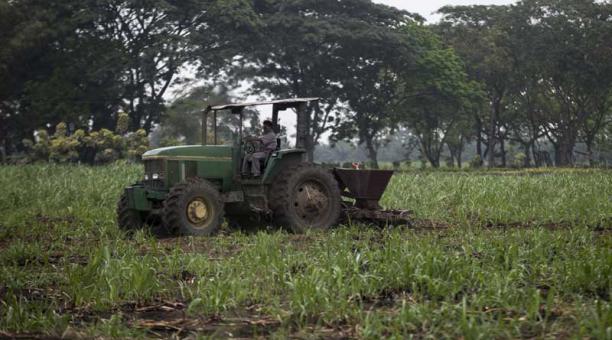 The Ministry of Foreign Trade adopted a tariff measure for the entry of sugar from the member countries of the Andean Community of Nations (CAN). With this, the income of Colombian sugar, higher than 30,000 tons, is taxed. The decision was announced on December 15, 2017. It was protected in Article 97 of the Cartagena Agreement, which grants the power to a nation to apply “corrective, non-discriminatory, provisional measures” for imports of originating products.

The Deputy Minister of Foreign Trade, Humberto Jiménez, assured that the measure does not intend to eliminate trade flows and that the entry of sugar from Colombia, under preferential conditions, is up to 30,000 tons. According to Jiménez, the import that exceeds the established weight will pay a 15% tariff.

However, the document with the measure has not yet been sent to the Official Register for publication. The established measure must be communicated to the General Secretariat of the CAN and accompanied by a report stating the reasons for its application. The Secretariat will have 60 days to authorize, modify or suspend the measure. This mechanism was agreed after the country’s sugarcane growers reported to the Ministry of Agriculture and Livestock (Magap) the entry of 80,000 tons of sugar from Colombia this year. A figure that has hit the sector, whose production is 600 000 tonnes, according to the National Federation of Sugar Fenazucar.

Other countries to which Ecuador buys are Guatemala, Bolivia, Argentina, Peru and Australia. Among these, imports in 2016 totaled 4 184 tonnes. According to the president of the National Union of Cañicultores, Orlando Zambrano, the surplus that comes from Colombia is sold at a lower price.

Therefore, there are wineries in the country that have not been able to market their product. He even closed the sugar mill in Babahoyo, this year. The 50-

But the local marketing of the Colombian sugar surplus is not the only one problem that farmers denounce. In the canton El Triunfo, province of Guayas, more than a hundred producers denounce that the San Carlos, Valdés and the Ecuadorian Sugar Corporation sugar mills S.A. (Coazúcar) which bought La Troncal have not canceled the most recent harvest. They have four months of delay, despite Ministerial Agreement # 200 signed by the former Minister of Agriculture and Livestock, Vanessa Cordero, on August 18, states that the payment should be made maximum after 30 days, counted from the beginning of the cutting of cane.

This has delayed the start of the next harvest, as the sugarcane growers (mostly small producers) do not have the money to invest in cutting, irrigation, fumigation, fertilization. This will cause the decrease of the harvest for 2018. They calculate that the fall will be 40%. Arturo

Sánchez is one of the 10 heirs that owns 4 hectares in El Triunfo. The family group, in its entirety, gathers 65 hectares. The producer has not been able to advance with the agricultural process for not having money for the use of the machinery for hilling (removing the earth), whose rent costs USD 60. He notes that a bag of urea costs USD 24.85 and needs 12 sacks per hectare, in addition to the payment for labor. The situation has caused at least eight farmers to change their minds in search of an answer.

The Government must raise the debt limit in 2018