To be more transparent and efficient. That is the goal of a new reform that the Government seeks to send to the Assembly.

Yesterday, the president of the Republic, Lenín Moreno, met with the authorities of the economic front to discuss the structural reforms that must be sent to the Legislature to comply with the agreement with the International Monetary Fund (IMF), signed in March.

Although Moreno did not give specific dates, he assured that the projects will be sent in the next few days.

The president and the Minister of Economy and Finance, Richard Martínez, gave details of the changes that are being implemented in state-owned companies.

Currently, said the president, companies owned by the State do not have balance sheets on their economic situation. For this reason, through the reform of the Public Companies Law, entities must report to the Internal Revenue Service (SRI). 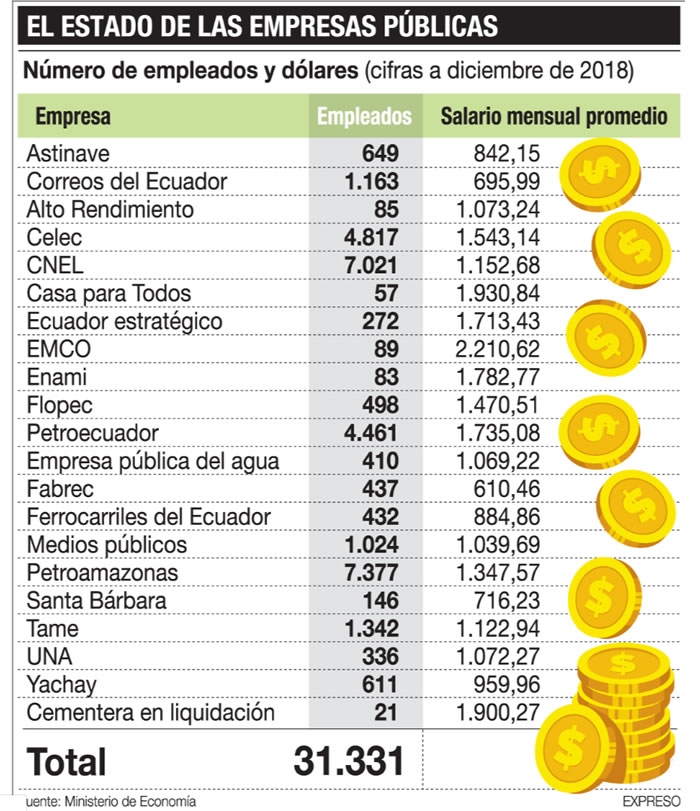