Ecuadorian photographer Adrián Soria, 37, presents a sample of 64 images at the Sara Palacios Gallery, in Nayón, where the public can learn more about the country’s biodiversity, as well as unique landscapes from various regions.

This exhibition, sponsored by the German Embassy, ​​is done in homage to the 250th anniversary of the birth of Alexander von Humboldt, who is considered the rediscover of America. This geographer and scientist warned that the true beauty was not in mineral resources, but in landscapes and biodiversity. 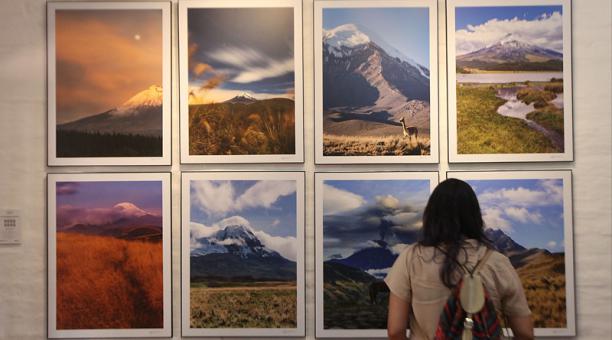 For this reason, Soria – fond of photography and biology – considered it pertinent to show this beauty in the exhibition ‘The Avenue of the Volcanoes, in the footsteps of Humboldt’, in which there are photographs dedicated to the snow-capped mountains and volcanoes that Humboldt visited and others to biodiversity and climate change.

The exhibition also shows the Galapagos archipelago, because, as Soria points out, when Humboldt came to Ecuador he wrote a diary about the islands and this became one of the best selling books in 1800.

Thus, the British scientist Charles Darwin was inspired by Humboldt’s diary to visit Galapagos. The photographer indicates that this is an itinerant exhibition that will also be in the provinces of Chimborazo, Cotopaxi and Tungurahua.