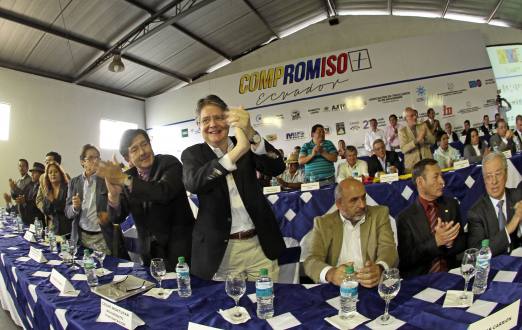 The Compromiso Ecuador group, which promotes a popular consultation on indefinite reelection, and is led by Guillermo Lasso (CREO), yesterday presented new members during an event in Quito.

There are about 20 new personalities and organizations that were added to the 40 that founded the alliance about a month ago.

The new members of Compromiso Ecuador that be join the founders include: César Montúfar, Francisco Jiménez, Auki Tituaña, Juanita Vallejo , among other politicians.

During his speech, Lasso confirmed that “all who want to fight for freedom and democracy are invited.”