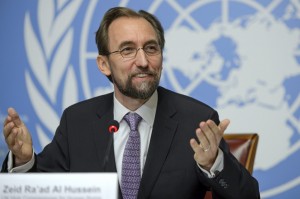 The High Commissioner of the United Nations for the human rights Zeid Ra’ad Al Hussein, expressed on November 19 his concern for the “resistance” of countries of the continent to the system formed by the IACHR and the Inter-American Court, and he agreed to increase the mechanisms of cooperation with these bodies.

The IACHR and the High Commissioner signed a joint declaration of cooperation to “strengthen collaboration between the universal and regional human rights systems,” informed the first of these organisms in a statement.