Comptroller observed the contracts of CAMC Engineering in Ecuador 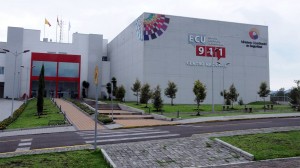 The Ecuadorian Comptroller has observed three of the contracts of the Chinese company, CAMC Engineering; one of the contracts analyzed, involved the Coordinating Ministry of Internal and External Security on December 2011, for the construction of the ECU-911 buildings.

The chinese company is being analyzed by the Bolivian National Assemly, because of their main executives in Bolivia was the ex-girlfriend of the current president, Evo Morales. The woman, Gabriela Zapata, was accused of influence traficking. (I)