To collect one million signatures to support the re-election of Rafael Correa, is the new goal of the movement Construyendo el Desarrollo de la Unidad Clasista Ecuatoriana (Conduce), which is composed of several transport associations.

The leader of the group and current Assemblyman of the ruling movement Alianza PAIS (AP), Alberto Arias explains that the signatures will be delivered to the President himself. “It is the will of the people that wants you to continue with the project.” The headings will be presented in a form with a copy of the ID of the signers since no electoral body will validate them, since the goal is not to call a referendum.

If President Correa accepts to run for reelection, the movement will also ask the Assembly to amend the Constitution, as now prevents anyone from having more than two presidential periods in a row. 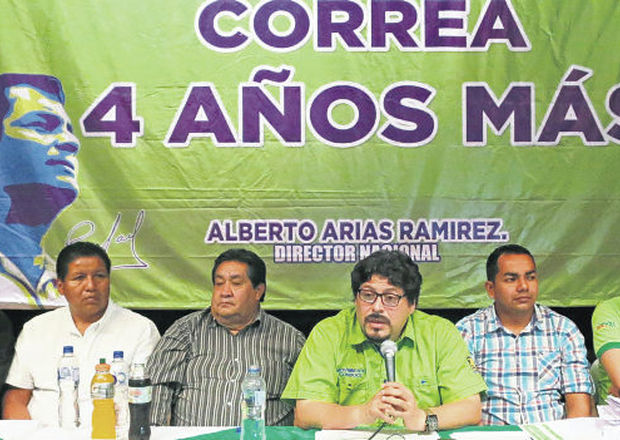