Congope will prevent the regions division 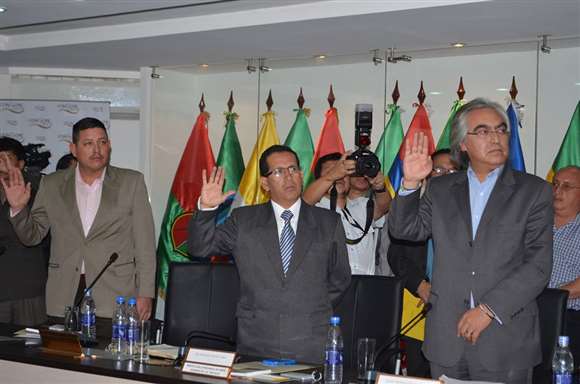 The Consortium of Autonomous Provincial Governments of Ecuador (Congope for its Spanish acronym) will add changes to the Constitution and one of those will be to  prevent that the country is divided into regions.

Gustavo Baroja, Prefect of Pichincha by Alianza PAÍS, was elected as President of the organization and his partner Sergio Chacón, of Napo, as Vice President. The special meeting convened to the appointment was held yesterday at the del Consorcio building in Quito.

Of the 23 elected Prefects on February 23, only 17 attended. The session proceeded quietly. And the Prefects agreed on the need that the “Consorcio” acquires protagonism in the discussion of national issues. For example, the change of the production modelled by the Vice Presidency.

Giovanny Domínguez, Prefect of Santo Domingo, was the first to speak of a constitutional amendment to eliminate the concept of the new regions.