On last June 26, the Alianza PAIS (AP) bloc of the National Assembly, led by Gabriela Rivadeneira, presented the official proposal to make 17 amendments to the Constitution. However, the Constitutional Court (CC) has hundreds of pending cases that have not had resolution and have been delivered before the government proposal.

The CC has 45 days time to discuss the process of AP, but the ruling party requested that the procedure should be done quickly in order to meet the agenda of debates, to which the deputy president for the CC, Manuel Viteri, responded “we are committed to work as quickly as possible.” 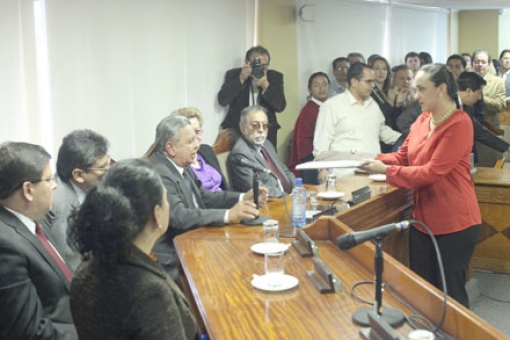 The applicant on the unconstitutionality of the Communications Law, Enrique Herrería, argues that the delay from the CC in the resolution has allowed excesses in its application. “The best example of the double standard of the Court can be seen when the judge (Manuel Viteri) that received the request for amendments, said it would be resolved with all haste. This speed is only for actions brought by people from the government,” he said.