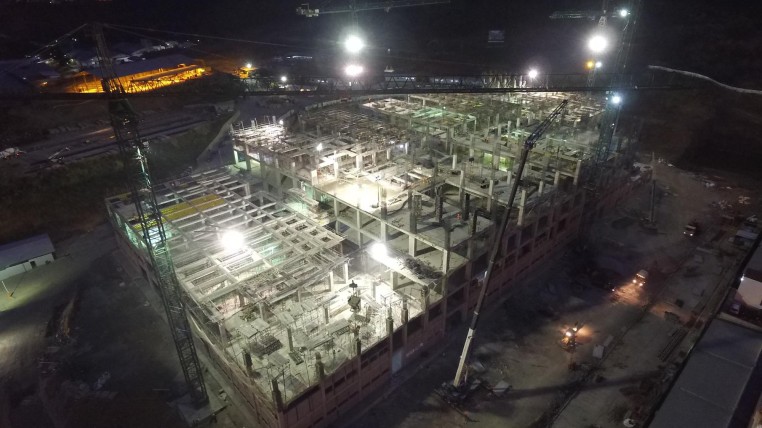 It took five years to erect two stones and now, after five months, three floors have been built. Construction works of the IESS hospital in Los Ceibos of Guayaquil advance at a breakneck pace that does not have schedules. Huge, powerful and white light bulbs look like the sun when the clock strikes seven o’clock in the evening. At that time, the workers of the morning shift leave and the workday begins again for 12 hours for the workers of the second shift.

This is how the work days go, according to bricklayers who are responsible for building the seven floors of the six medical towers of the hospital, according to the plan.