In two days, the National Electoral Council (CNE) must send the Contentious Electoral Tribunal (TCE) the information regarding the internal democracy process to elect candidates for the 2021 general elections, carried out by the political movement Justicia Social . 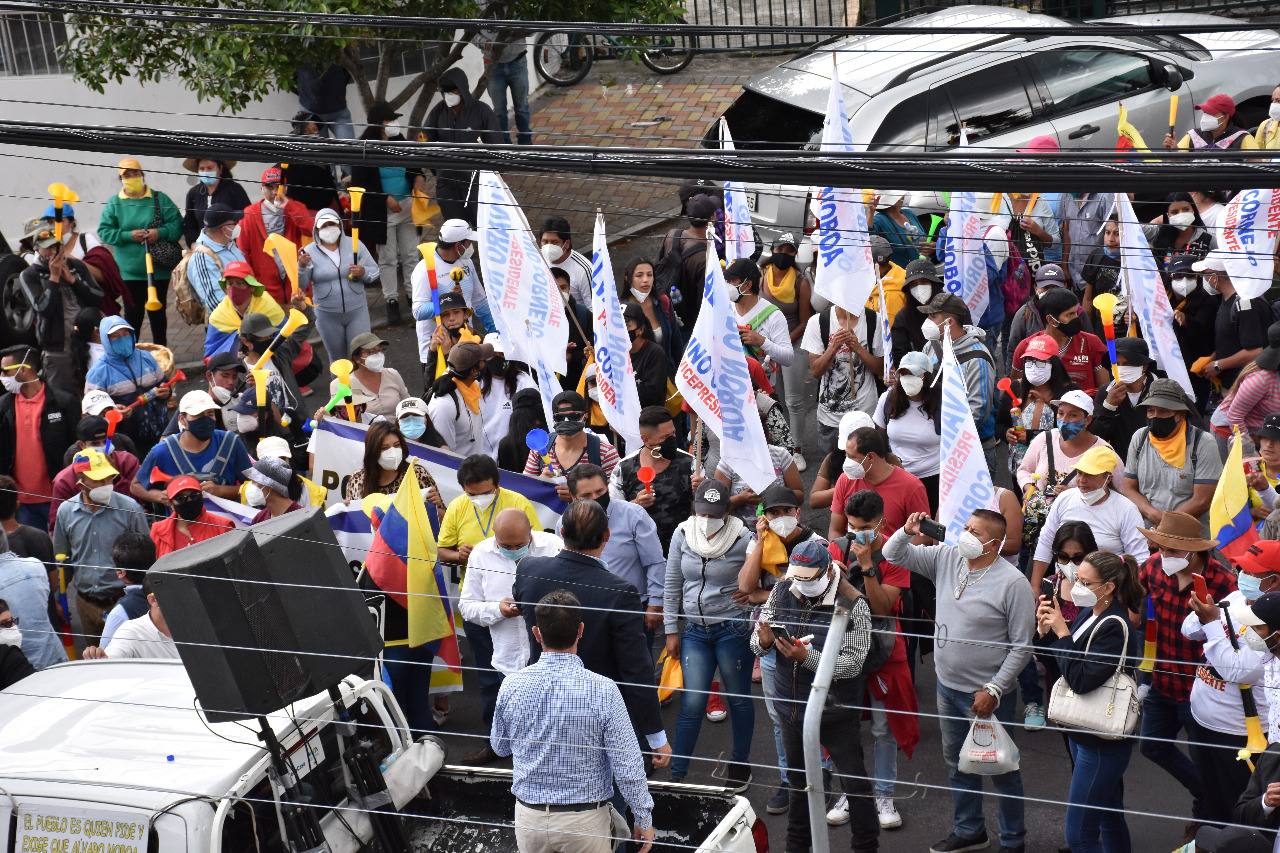 The purpose would be to have information, before ordering the Council to comply with the sentence that ratified the legal status of the group and that, as a comprehensive remedy, it is allowed to carry out the internal procedures to choose candidates.

In the ruling, the CNE was ordered that the political organization “have the time and adequate means to carry out acts of internal democracy, registration and qualification of candidacies.”

However, the Council approved a resolution on November 11, which provided only to give “continuity” to the qualification of the candidacies that were registered by the organization within the deadlines, since the system was enabled to do so. This prevented the candidates for the Presidency of the Republic Álvaro Noboa and Gino Cornejo from being qualified, after the reparation measures dictated by the TCE.

Along these lines, yesterday, the judge of first instance in the case of Social Justice, Arturo Cabrera , notified the CNE that due to the execution of an order issued by the plenary on November 19, he would send the resolution with the that the movement was eliminated from the Registry of Political Organizations, and provided precautionary measures with which political activity was suspended and for how long they were in force.

In addition, the requests they made to hold their candidate election primaries; a “detailed detail” of the Council’s delegates to monitor the transparency of internal democracy; the reports of the delegates with the determination of dates, news and the reason for whether or not the designated candidates made the personal acceptance of their candidacy.

Also the certification of the start and end dates of the candidature registration period and the dates on which the system was available for Social Justice to access; the detail of acceptance or refusal resolutions; requests for correction or challenge to negative resolutions; objections presented by political organizations; and, qualified candidates.

Among other documents, the resolutions and challenges to the November 11 resolution in which the CNE decided to continue with the qualification of candidates presented.

In the phase of internal democracy, Social Justice nominated Fabricio Correa and Marcia Yazbek as its presidential binomial, but they withdrew from it.

On October 7, at the end of the documentation entry period, the political group tried to enter Carlos Cassanello and Marien Segura; and there was even talk of Álvaro Noboa, but they were unable to enter because the system closed at 6:00 p.m.

Councilor José Cabrera explained in a radio interview that the movement did hold primaries and registered candidates for Andean parliamentarians and for assembly members in ten provinces.

But, he did not register candidates for the presidential binomial, or national assembly members. (I)