Aquaculturists go through their worst crisis after the attack of the white macha (1999). The coronavirus has infected the most important sector of the non-oil economy , and leads to a wave of layoffs. 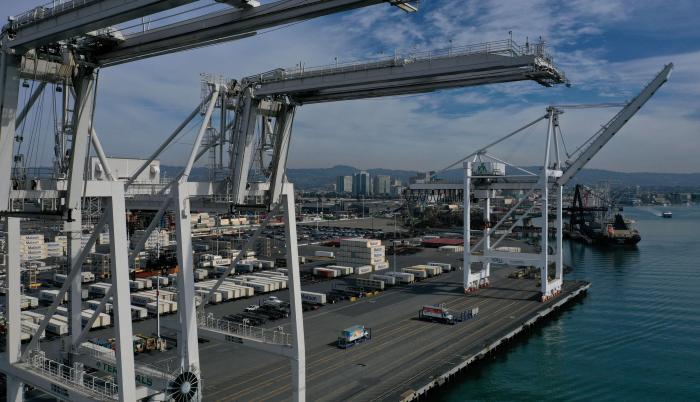 The shrimp generated 3,890 million dollars in exports in 2019, of which $ 2,085 million went to China and another $ 363 million to France and Italy , three of the six countries with the highest cases of contagion. And that effect is already felt in the hundreds of producers of Aguada, Chacra, Guadillo, in the province of El Or o, as well as in rural areas of Guayas, Manabí and Esmeraldas, where the large production of crustaceans is concentrated (in captivity ).

“We are defenseless,” says Danilo Rengifo . The orense producer refers to the fact that they are enduring the hardest blow: the balers pay them in some cases in 15 working days and in others in 45 days; the price of balanced food and supplies does not fall; and the Government has not taken them into account. “We are the last wheel of the car.”

In semi-intensive crops, between 20 and 25 people are needed for every eight hectares and each hectare requires about $ 24,000 (taking 13 grams of shrimp) to pay employees, purchase supplies, fuels, electricity, food, larvae, not counting costs financial if there are debts. They are medium and small aquaculturists.

The prices of the pound fell between December 2019 and the water of March 2020 by around 21%. With an aggravating factor: since February some packers put shopping quotas, so much shrimp continues to gain weight in the pools.

“This is fatal, since January no income has been seen, we work even at a loss; Only the producer takes the hit. The balers sell, they only earn less than before, but they don’t lose. Balancing companies, which take more than 70% of our campaign, have not lowered food prices. We are working for balers and feed companies, ”says Rengifo.

In the case of bananas, shipments remain irregular to China, Italy and the Middle East ; and some shipping lines are applying the force majeure clause and charging more than $ 1,000 surcharge per refrigerated container.

The effects of China will only be felt next week, because although some ships are not arriving in that country, other shipping lines have been carrying part of the fruit. Where will that fruit go? “It is not yet known,” say representatives of exporters, because there are other markets that are getting complicated. The fruit that entered Turkey to the Middle East is staying there, until we see what happens.

COUNTRIES. Other goods that may be affected are wood, cocoa and fisheries, which have an important participation in the ten countries with the highest cases confirmed with coronavirus: China, South Korea, Italy, Iran, Germany, France, Japan, Spain, United States and Singapore.

MORE PRODUCTS . A month ago, for example, the metric ton of cocoa was at $ 2,790 and fell to $ 2,598 yesterday, due to the consumption restrictions caused by the coronavirus. On the other hand, coffee and some minerals (such as gold and silver) continue with good prices.

AIRLINES LOSE MORE. The International Air Transport Association (IATA ) updated its analysis of the financial impact of the coronavirus (COVID-19) on the global air transport industry. It now estimates a loss of global revenue in 2020 for the passenger business of between $ 63,000 million, in a scenario where COVID-19 remains “content” in today’s markets, and up to $ 113,000 million, in a worse scenario in the spread of the virus is wider

The previous IATA analysis, issued on February 20, 2020, set the loss of revenue at $ 29.3 billion in a scenario that limited the impact of the virus to the markets associated with China.

As IATA explains, the reason for its pessimism is that since then the virus has spread to more than 80 countries and early reservations have been severely affected on routes beyond China.

The union, which brings together the 290 main airlines around the world, admits that airline stock prices have fallen almost 25% since the outbreak began, some 21 percentage points more than the decline that occurred during the crisis of the SARS of 2003. The Country

Prosecutor asks for 8 years in jail for Rafael C.