The floriculture industry in Ecuador has been one of the hardest hit by the pandemic by Covid-19, given its focus on export and the relative absence of flights for removals flowers. 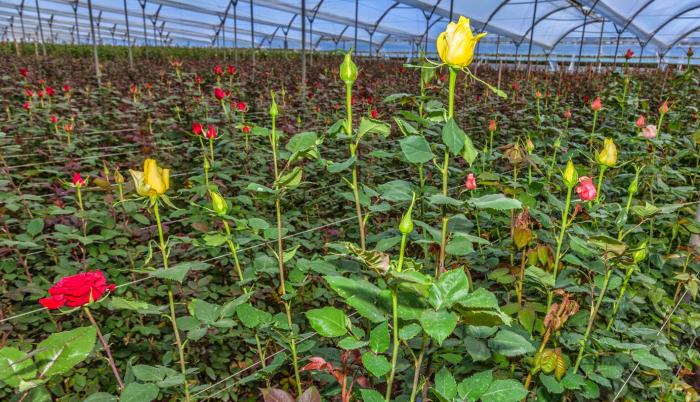 The executive president of Expoflores, Alejandro Martínez , explained to EFE that at this moment of isolation they have 15% of the usual flights, which prevents them from placing their offer on international markets.

“The picture we have is uncertain, of absolute uncertainty, despite the fact that we have had a slight recovery for Mother’s Day in the US and Europe, but from now on it is all uncertainty,” he said.

Martínez also explained that the sector operates at 11.73% of its capacity and that the operational drop is around 90%, with losses so far of $ 63 million.

“But it must be borne in mind that the first quarter was more or less 60% of annual sales for Valentine’s Day, Women’s Day and Mother’s Day,” said the executive.

Exports for the past Valentine’s Day remained at 95%, those of Women’s Day in March at 90% and those of Mother’s Day at 50%, a holiday that is celebrated in Spain on the first Sunday of May.

Likewise, he considered that the problem is no longer this year in dispatching but in collecting and explained that the sales made for last February 14, Valentine’s Day, are entered at the end of May and now there is no usual liquidity.

Canada, Germany, the Netherlands, Italy, Russia and the United States are the main destinations for Ecuadorian flowers, while Spain barely represents 6% in the volume of exports.

Regarding the loss of jobs, he indicated that so far 10% have been lost (6,000 of 60,000), but that in the coming weeks there will be more layoffs due to lack of productive activity.

The floriculture sector of Ecuador, which has not yet obtained any type of aid from a government suffocated by the costs of the pandemic and its own lack of liquidity, generates 850 million dollars annually, represents just under 1% of national GDP and 11% of agricultural .

Foreigners at the border ask to go to Colombia