Correa about Venezuela: “They have committed, from my point of view, economic mistakes”

The president of Ecuador, Rafael Correa assured that the political and social crisis that hit Venezuela, has been deepened by economic mistakes made by the government of Nicolas Maduro.

“They have committed, with great respect, from my point of view, economic mistakes, That´s why they have economic problems and that exacerbates the contradictions,” said Correa criticizing his Venezuelan counterpart during his visit to Chile.

However, the President defended the work of the government of this country, in an interview with the Chilean Radio Cooperativa.

“Venezuela was the Saudi Arabia of the world, and where did that money go? Now that finally they are doing justice in Venezuela, all these conflicts come, because the oligarchs do not want to loose their power,” he said. 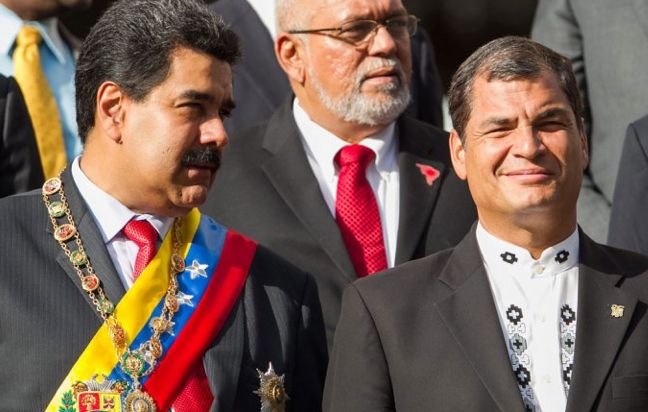