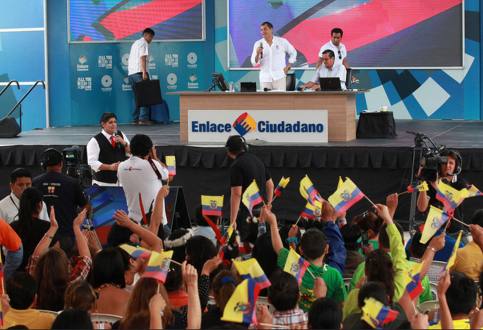 President Rafael Correa announced yesterday that he would be studying a salary reduction of between 5% and 10% in the highest hierarchical level of the entire public sector.

In this way, he said, the $ 21 million that are needed to hire1,187 health professionals would be financed.

The reduction would include counselors, advisors, officers and authorities of all state functions.

In addition, the President explained that among these charges would be Assembly members and members of the Council for Citizen Participation.