Correa criticizes once more an economic stand of Moreno 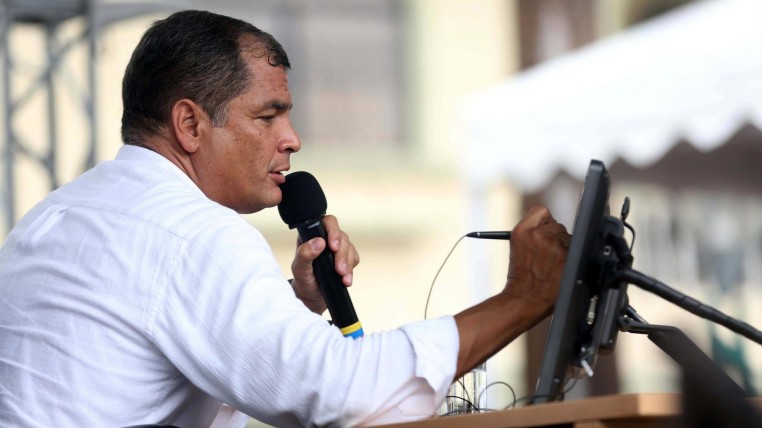 Former President Rafael Correa voices his criticism. From his Twitter trench, he fired for the second consecutive day on a stand of his successor Lenin Moreno but without naming him.

First, he criticized Moreno for anti-corruption actions. This time Correa’s criticism has been framed in his favorite field, the economic field. “The new trend: ‘the private sector as the new engine of the economy.’ When did it cease to be?” asked the former president, quoting the expression of the new government’s flag and its economic map.

For Correa, who reappeared yesterday at a partisan act without major public repercussions, the declaration of intentions “confuses the role of the State” and that of the public sector under the vision that he likes the least: neoliberalism. That is why he did not hesitate to use the statistical cadres as usual to defend the economic model he applied during his government (I).